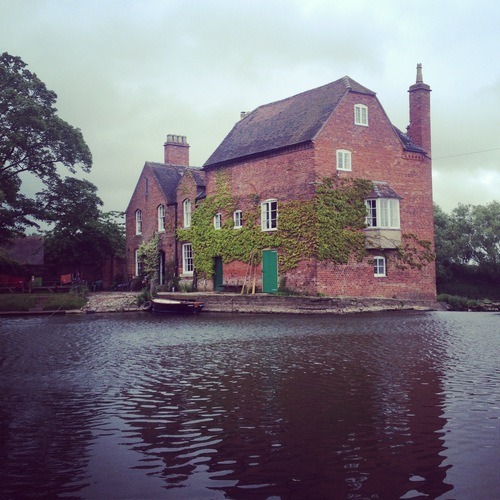 Zoe and Me : Curry Cooks 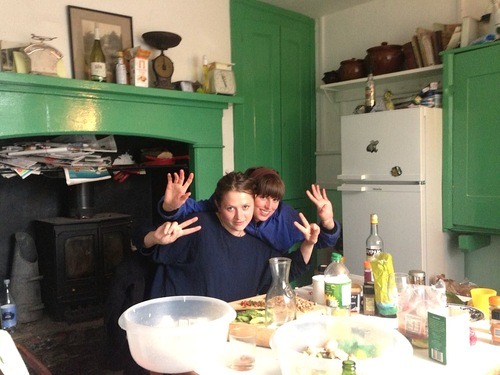 Cropthorne Mill, which sits on a weir on the river Avon, is a very special place. Generations of Zoe’s family have been going there to swim, roam about the river in coracles, canoes and rowing boats, and to drink and feast together, for over 100 years – since 3 brothers bought it a century ago. Zoe invites friends to come and stay each year – some have been going for the last seven years, I have been three times, and each an honour.

In our group of friends, food is a high priority, and people take it in turns to cook for everyone each lunch and supper. There is no scarcity of good cooks among the party.

The highest number catered for this week was 23 (numbers fluctuated from 9 to 16 to 23) – which Fatima achieved in a deeply calm manner that made it look as if she did it every day. Her menu was: paneer cheese roasted with spices; very soft, aromatic chicken that had been slow cooked in the oven then finished over fire on the barbecue; coconut rice and peas; roasted vegetables; salad.., followed by Eton Mess – I could go on. Fatima’s spiced root soup, eaten after a vigorous and lengthy game of rounders captained by Jehan and Raffi (which left most people barely able to walk the next day), was also a highlight.

Some of the best pizzas I have eaten anywhere were produced by Tim and his girlfriend Rahima – thin, crisp bases, brilliantly seasoned and delicious balanced toppings (including local nettles). We inhaled about 10 of their pizzas in about 15 minutes: incredibly they managed to keep taking them out of the oven at about the rate that we consumed them. The effort that Tim and Rahima went to in order to make us dinner almost brought several members of the group to tears. Georgia and Chris made a lovely springy meal of salmon grilled so that the flesh was moist but the skin was crunchy, with garlicky tarragon aioli made by Georgia, caper-rich potato salad and tender local asparagus.

I was away for one night of the week, so tragically missed Ayca’s supper of lamb koftes, bulghur and chikpea koftes, caçik (cucumber & yogurt soup) and much besides. I heard very good things about this meal.

My contribution was a very large aubergine parmigiana for lunch one day which Sasha cooked with me, a lamb dish similar to one that I wrote about recently on this blog, and on the last evening, Zoe and I teamed up to make various curries. ZJ made a rich, comforting dal, as well as zingy fried mushrooms with chilli and lime juice, a fresh radish salad with mint and salt à la Fatima Salaria; and I did roasted cauliflower curry in coconut milk with cashews, buttery basmati rice with cinnamon, soft raisins and sweet sautéed onions, and copious amounts of cucumber raitha.

I thought I would record the cauliflower dish here – I was happy with the way it tasted.

Serves 8, as one of several dishes

½ tablespoon of tamarind paste (if you can get it)

1 handful of unsalted cashew nuts or almonds, toasted and chopped

6 cardamom pods (or if you don’t have, garam masala – which I had to use at the mill)

Roast the cauliflower florets in a little vegetable oil and salt for 20 minutes or until lightly browning, but not burnt.

Toast the whole spices (coriander seeds, cumin seeds, cardamom pods, cloves), until aromatic and then pound as finely as possible in a pestle and mortar. Remove the husks of the cardamom. Mix with the rest of the spices.

In a decent knob of butter (or ghee) with a tablespoon of sunflower oil, soften the onion and garlic with the spices. If the mixture is too dry, add more oil or butter. When the onion is very soft, add 2 tins of coconut milk and 1 tin of water, the sugar and the vinegar. Cook for 15 minutes. Add the roasted cauliflower and cook for a further 10 minutes, until the cauliflower is tender. Season well with salt : keep tasting until you are happy with the seasoning. If you think it needs a touch more acidity add a splash more vinegar. Top with roasted cashew nuts.